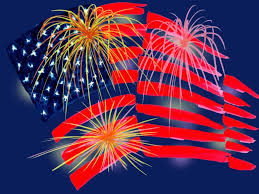 Sissy Peoples lives in Detroit and works as a nurse. She first appeared in The Christmas Cookie Club and was a major character in A Gift for My Sister.   In The Lottery, the third novel of the series which will be launched in October, Sissy wins $10,000 and inspires the cookie club to play the lottery together.  What do you think Sissy will do if they win big? Here’s what this Independence Day means to her: My Sock-It-to-Me cake cools on the counter. Scents of sugar, cinnamon and roasted nuts mix with the aromas of Detroit wafting from my open window. The city is quiet, now. Sparse horns. Few sirens. Seldom the rumbling of a truck pushing through the city.  A group of students in a line of eight rode their bikes across Woodward Avenue. One dusk I saw a doe picking her way through a vacant lot. But today, the perfume of my familiar dessert reminds me of the joys this holiday holds. Above all, today is a day of family and food. As old as I am, I review my previous July 4th celebrations, still trying to command a narrative that flows rather than jerks in random fits and starts.  It was usually a kickback vacation day for family and BBQ. Most of them blur in the shared traditional food and the love, chaos, and warmth of family. An annual meeting of newcomers through marriage or birth, and witnessing their changing through the years.

A few, I stand out clearly.  My favorite was when I was six shortly after Martin Luther King’s speech, which was his rehearsal for the March on Washington.  Ma clasped my hand as we felt the torch of his amazing charisma and were pressed on all sides by people, black and white. The excitement boiled with hopes. Our exhilaration was still thick a few weeks later when our block had its own Independence Day party.  Fingertips and Up on the Roof played as all of us twisted in the street. Ma made cherry, peach, and blueberry pies.  Streamers draped between the trees.  My hair was tied with red, white and blue ribbons.  I was as excited for the birthday of our country as my own. It was that filled with hopes and the possibility of climbing up that mountain Dr. King foretold. Ma didn’t stint on what she knew, or what I should know. So she did her own bit of education.  “’It is self evident.’ That means obvious. All men are created equal with the right to Life, Liberty, and the pursuit of Happiness. And if a government becomes destructive of these ends the people have the right to abolish it.’ That means change it.”

Then I only glimmered the contradiction hidden between the Declaration of Independence and our expectation as we climbed that high mountain to promised equality and rights. Didn’t happen. Not yet and not fast enough.

Instead, the paradox exploded in another July some four years later. We huddled inside smelling the smoke, gas, and cordite. Hearing explosions.  Peaking from blinds to see tanks rolling down our street, their huge guns pointing, swiveling. Soldiers with army rifles walked beside them, crouching, hunting to shoot something, someone. Then one of our windows exploded and we hid in the bathroom until the street was quiet. Another fight for independence. Yes. But whose rights?

But maybe the Declaration of Independence forgot to warn us about something. People have the right to rebel, but it doesn’t guarantee less oppression. That’s the vicious irony mixed with the inadvertent paradox the founders built with slavery laughing at the all men are created equal line. Were the slaves freed after our Revolutionary War? No. Slavery became more entrenched.  Rebellion only guarantees a shift in how and who gets to enforce the oppression.

And I remember all too well, that other July 4th. One that spoke directly to independence and freedom, for aren’t they tied together? But the one I’m talking about is the worst one.  The July 4th I spent visiting Aaron when he was in juvenile prison for possession of a controlled substance, in this case, marijuana. I went through the visitors’ line. Inspected. Searched. Patted down. Humiliating as if I were a criminal.  We ate microwaved chicken wings, popcorn, and snickers candy bars from the vending machines.  Ironies as thick as the heat.  Our community was scooped of its teens and young men who were hauled off to the mass incarceration which was really the government’s response to those riots/rebellions (whatever you want to call them) and the terror white people have of us doing to them what they did to us. i.e. enslave, torture, beat, pull our families apart, and exploit us for 400 years one way or another. That day, sitting behind bars with Aaron, guards posted against the walls, checking us out as they walked around the room, I thought about my beloved, tender boy who so loved words and music. Neither one of us had any freedom that Independence Day and his was taken from him for months.  I told him he had to make his own independence and keep it, treasure it. Reminded him of his lyrics and music. “Nothing else is more important.  The only thing you have to fear is losing your freedom. ‘Cause Independence means freedom first. And then responsibility second.” I wagged my finger when I said that. “Think about your own pursuit of happiness. It’s sure not here.” I jerked my head at the barricaded desk with the guards watching us. He nodded and ate more chicken wings. “Sure wish I could be eating your ribs.”  He got my message.

That mass incarceration disrupts all of our freedom, the democracy we celebrate today. It tortures the very meaning from Independence Day by the sheer force of its numbers.  80 million disenfranchised. 2.2 million locked up. Almost 7 million, 2.9% of our people, in prison, or under court ordered supervision at a cost of one quarter trillion dollars a year. That is way more than our war in Afghanistan, which is 500 billion a year. Our taxes go to imprisonment instead of items our people so need: excellent education, health, jobs, infrastructure rebuilding, and repairing the environment.  I don’t believe this is because of the nature of people nor a necessity of capitalism. This is the policies we make and the fact we’ve sold our political system to the highest bidder. That’s what I think. I try to stop these thoughts as I dress to go to Aaron and Tara’s.

All that pessimism is just one side because Aaron and Tara are an American story for you. The American dream come true. Maybe he took my words to heart, maybe it was partly luck along with his own talent and drive.  Aaron gets to celebrate. Before that next July 4th, he met Tara, a white girl from the burbs, at a special work release program. A year after that she was pregnant and I met her mom, Marnie, and we became friends even before we were co-grandparents. Those two kids, as improbable as their different backgrounds and races, were as in love with each other as their music. They kept on working on their dream. And now, he is the essence of the independence and pursuit of happiness made possible for some people.  From that jail cell to rap-star celebrity and family man.

I get in my car and drive through Detroit’s empty streets, boarded up buildings, vacant lots strewn with nothing nobody wants or can use for anything. It’s as though the riot happened just a few weeks before and everyone vanished. Like some crazy movie where people disappear. A few, surprisingly few, people, walk hunched as if it’s still winter. Even in the height of summer it’s grey, just a few straggly bushes and random weeds.

Then I cross 8 Mile to lush groomed lawns, perfectly pruned shrubbery and brilliant flowers. I travel from the poorest city to the richest county in the blink of an eye. Amazing to think Aaron has made this trip in his lifetime. Amazing to think I can easily drive it and feel at home in both places. Though Motown will always have my loyalty, my life’s work. 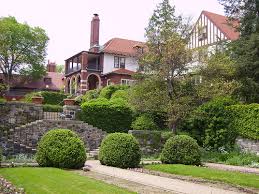 I pull up to Aaron and Tara’s house and smell ribs slow cooking. Tara grins to see me. Levy, their son, runs toward me, his arms spread wide, beating his mother for a hug. Never thought a son of mine would marry a white woman, but Tara and he are as perfect for each other as a man and a woman can be and essential for their success. Tara has become a daughter to me. She hugs me and I feel the growing wedge of their coming baby. Tara’s sister, Sky, and her daughter Rachel greet me. Then Marnie, her mom and now my good friend, and I press each other with love. Around the pool, Tara and Aaron’s rap crew lounge. I’ve known several of them since Aaron was in the single digits. My family. All these people. An American family. A mixed racial, biracial, multigenerational group united by biology and love and friendship and history. For these are the results of my pursuit of happiness. See. We can be a people free to maximize ourselves and become who we want to be. Race, gender, sexual preference, class should not be chains, but glorious differences to explore and celebrate. Today, we enjoy the glory of our country’s birth accompanied by noble ideals that we still struggle to attain. It may sound cheesy, but like King, I have the dream. Still have it. I look around.  My family of diverse colors and backgrounds has achieved it. Still, I remain haunted by the people of my loved city where so many struggle for their very survival, their basic needs and are absent the luxury to ponder the pursuit of happiness. Still, I’m haunted by the more than 2 million people, an excess both of numbers and length of sentences, without their independence in prison. Yet I believe we can make the dream of the American ideals a reality for all of us.

This idea was sparked by Terri Guliano Long who suggested blogs from the Point of View of one of our characters on what July 4th means and I chose Sissy.